The results of a survey conducted by the National Restaurant Association to gauge operator reaction to the Raise the Wage Act are in.

Per the NRA’s infographic detailing the participant responses, there’s not much support for increasing the federal minimum wage and eliminating the tip credit.

What’s in the Raise the Wage Act?

If signed into law, the Raise the Wage Act will represent significant change for employers and employees.

The federal minimum wage will be raised incrementally to $15 by 2025. Two years later, in 2027, the tipped wage will be eliminated.

The NRA surveyed 2,000 restaurant operators between February 2 and 9. Respondents are clearly opposed to the Raise the Wage Act. 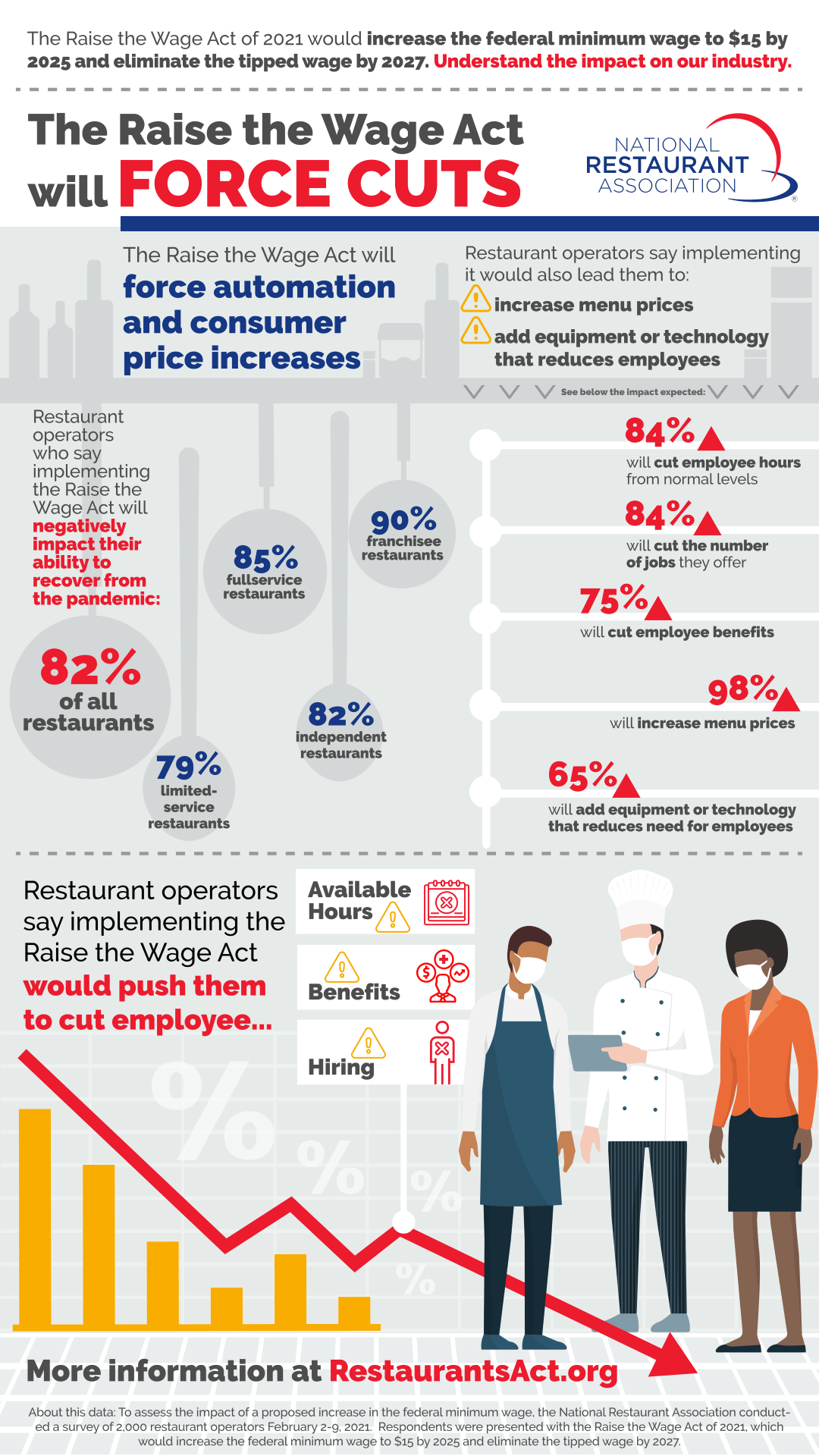 What Does This Mean?

A vast majority of survey respondents—along with the NRA—definitely view the bill as a threat to the industry. An email sent by the NRA’s executive vice president of public affairs, Sean Kennedy, includes this succinct statement:

“These results make one point crystal clear—after seeing over 110,000 restaurants close and over 2.5 million jobs lost, increasing labor costs is going to make it more likely that more operators close their doors and lay off their staff. Tipped servers will lose with the end of a system that allows them to make $19-$25 an hour in tips under the current tip credit system.”

To the best of my knowledge, the NRA has not yet conducted a targeted survey of restaurant workers for their opinions of a $15 federal minimum wage and the elimination of the tax credit.

However, fast-food workers from McDonald’s and other chains have gone on strike in at least 15 cities in the United States to demand a raise to $15 per hour. That speaks volumes for how foodservice workers who aren’t typically tipped feel about the Raise the Wage Act.

According to the NRA, the bill is slated to be fast-tracked and voted on in just a few weeks.

Agree that the Raise the Wage Act is going to hurt operators, workers and the industry? Click here to let Congress know.

Want Congress to pass the bill? Click here to find your representatives and let them know.