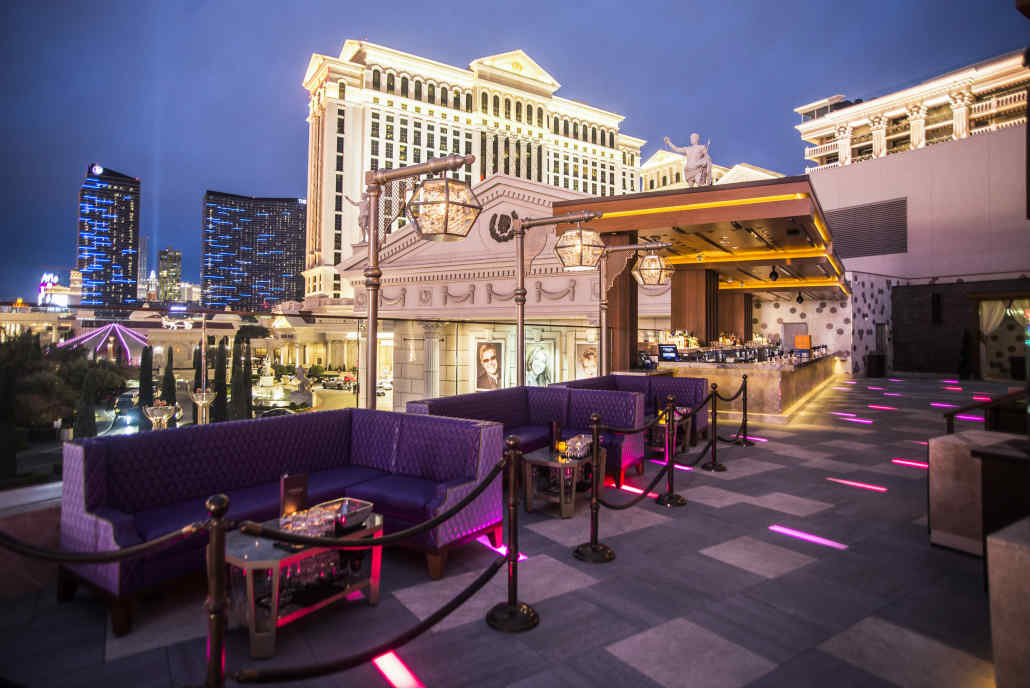 In a positive sign for Las Vegas nightlife, daylife and tourism, Hakkasan Group has set dates against the reopening of three major venues in its portfolio. 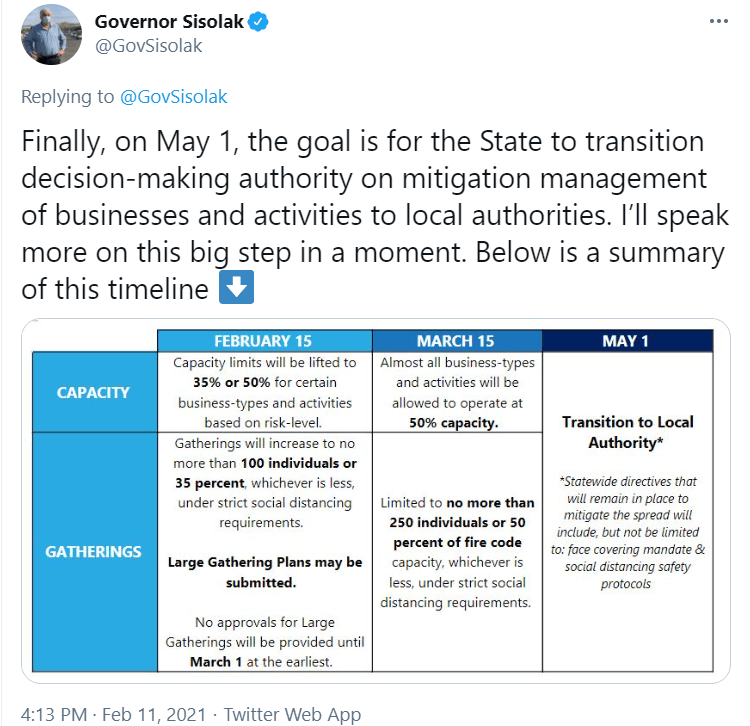 Two Hakkasan Group properties will reopen on March 5. A third will resume business a week later on March 12. 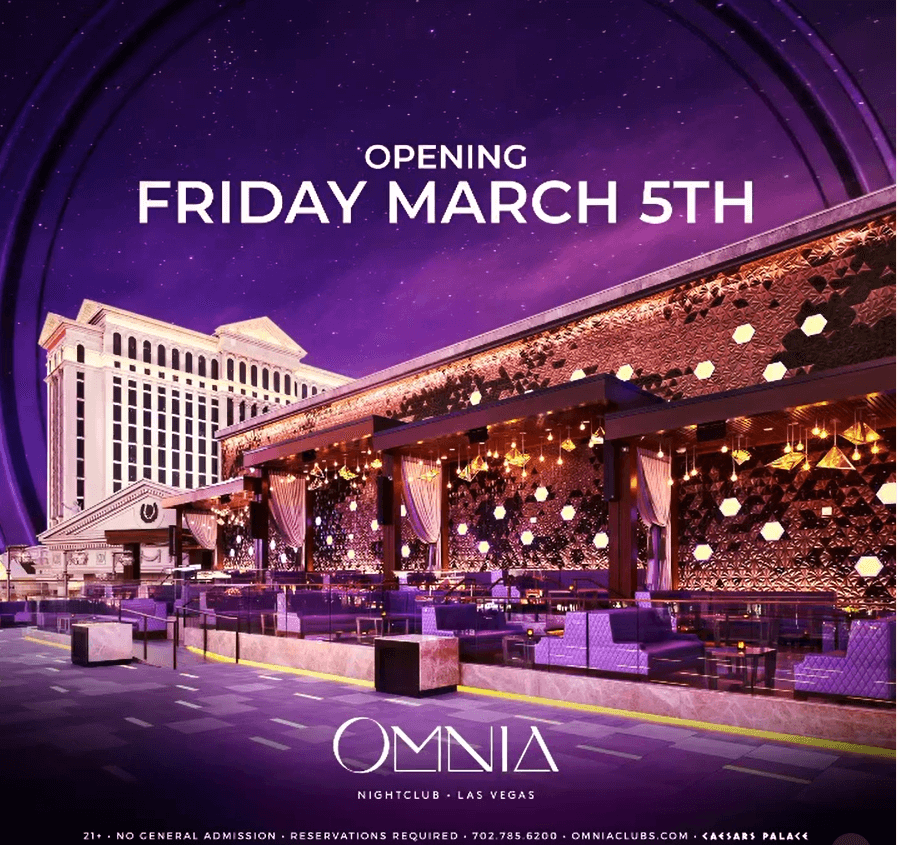 Two years after Hakkasan ushered in a new era of nightlife in 2013, OMNIA opened its doors inside Caesars Palace. Known for its “dancing” chandelier (click here for images) and opulence, OMNIA quickly established itself as a nightlife bucket list destination, attracting guests from all over the globe. The nightclub gives Hakkasan’s namesake venue a run for the title of portfolio flagship.

OMNIA is scheduled to reopen the property’s terrace area as a lounge on Friday, March 5. Restrictions mandated by the State of Nevada include reservations for nightclubs and dayclubs. In terms of health and safety protocols, a statement on the OMNIA website reads: “With health and safety protocols at the forefront: the venue has moved to touchless menu system via a scannable QR code from cell phones; VIP sections will be separated to allow for physical distancing; and rigorous cleaning plans will also be implemented. 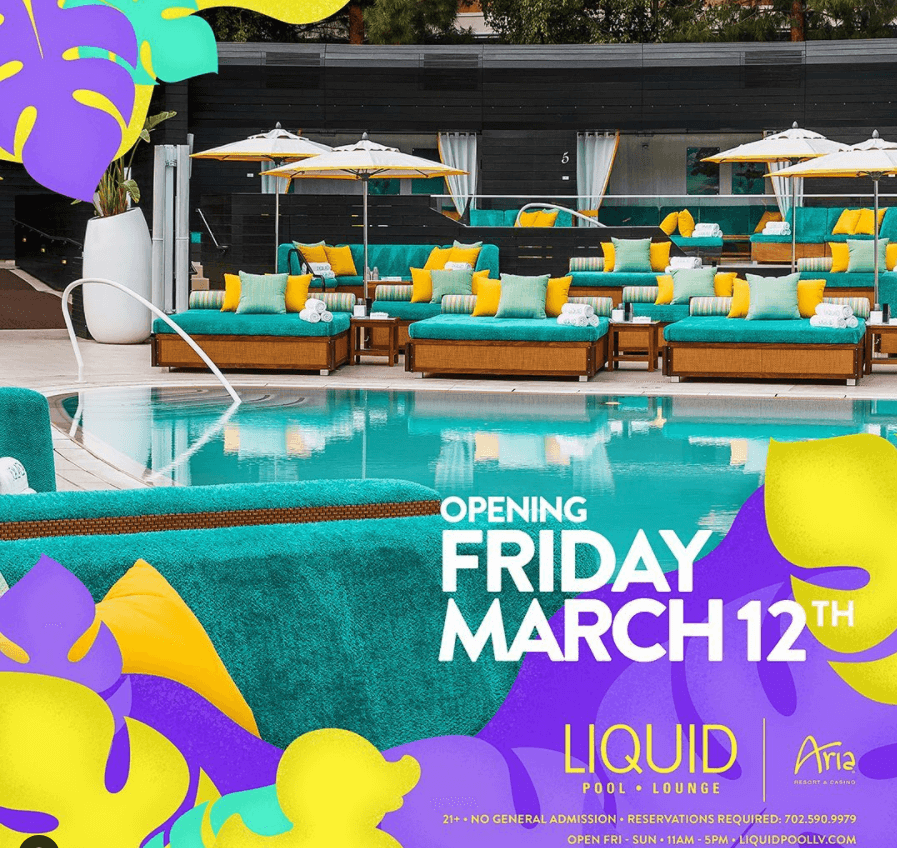 The dayclub that redefined the category, Wet Republic opened in 2008. If Rehab at the Hard Rock was the pioneer in the dayclub space, ultra-pool Wet Republic is the undisputed heir to the throne. There are no plans to relinquish that crown any time soon, either.

Just before the pandemic forced Las Vegas nightclubs to close, Wet Republic unveiled renovations made to the 54,000-square-foot property. The venue was able to operate in a limited capacity midway through 2020 but it wasn’t quite the same.

On Friday, March 5, more guests will finally be able to see the refreshed dayclub, located at MGM Grand. General admission is prohibited; reservations are required and the venue is following the same health and safety protocols as OMNIA. 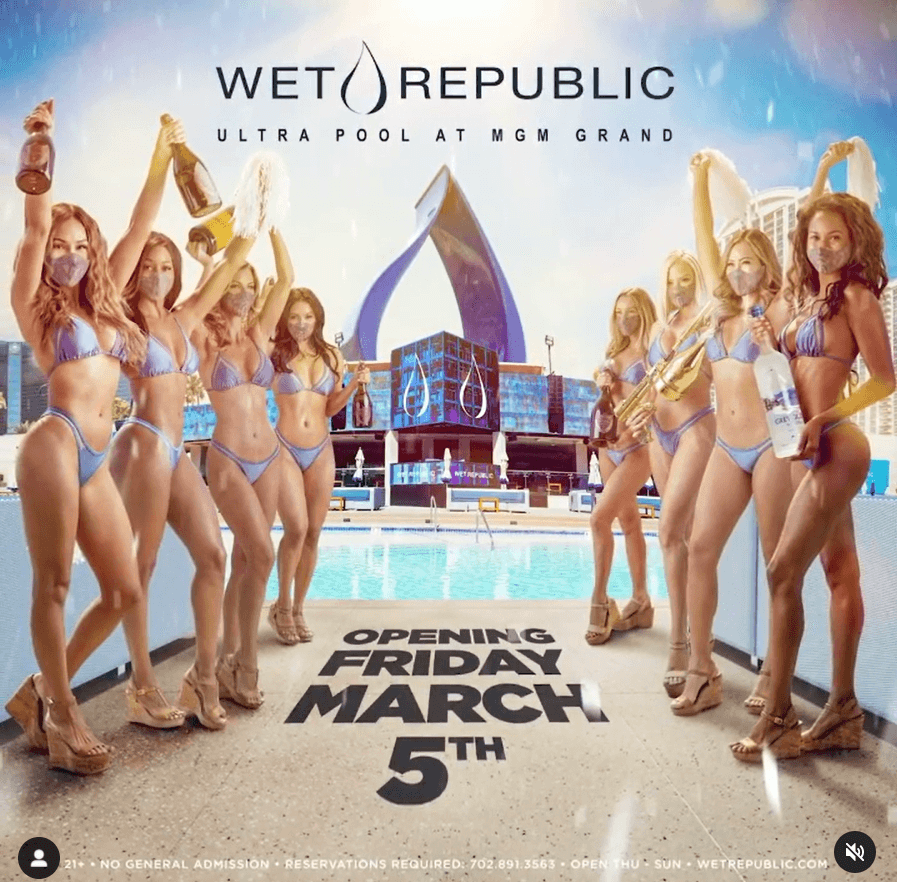 Located at Aria Las Vegas, Liquid Pool is an upscale adults-only venue designed to pamper guests and provide a luxe pool experience. At 16,000 square feet, Liquid is less than a third the size of Wet Republic, delivering a more relaxed and intimate vibe than its larger sibling.