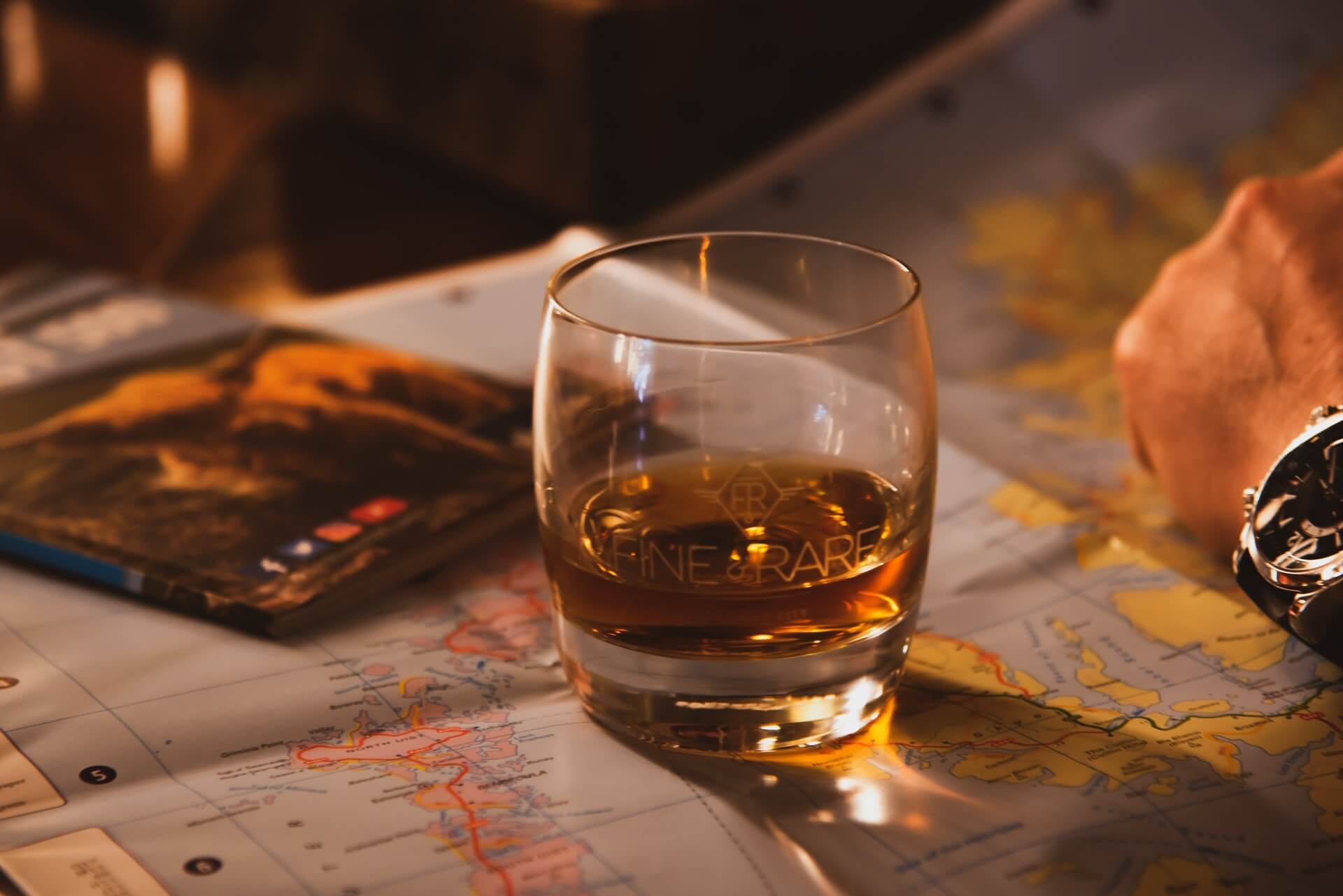 This Saturday is the eleventh annual celebration of World Whisky Day, the perfect day to highlight your whisky and cocktail menus.

One revenue-generating method of drawing in guests is a promotion showcasing popular, lesser-known, or rare whiskies. Operators can also create a whisky and beer combo promotion.

Of course, there’s also the specialty cocktail menu. There are a few different approaches to this promotion.

An operator and their bar team can focus on one specific cocktail, offering three or four “takes” on it. Another way to make this work is to take the same cocktail and feature a different whisky in each one.

A different approach is to create a World Whisky Day menu consisting of three or more of the most popular whisky cocktails. To help you identify which drinks to feature we looked into the top whisky drinks. Check them out below.

C’mon—you knew this was going to be on the list before you read past the title of this article. Drinks Digest ranked the Old Fashioned the number-one cocktail of 2021.

VinePair‘s list didn’t rank their most-popular cocktails overtly but this classic got its expected mention.

Just like the Old Fashioned, you expected this drink to make this list. While it can certainly be made with bourbon or an array of single malt American whiskies, the Manhattan shines when made with rye.

As Drinks International points out, the Whisky Sour may not be the top drink in most bars. In fact, it may not make it into their top three.

However, the simple but refreshing Whisky Sour is at least in the top ten of several bars, making it a solid choice for your specialty menu.

Want to get some of the cocktail aficionados among your guests to flip out? Tell them loudly and confidently that the Boulevardier is better than the Negroni. That’ll certainly get them talking.

Or, hey, don’t do that. Just perfect this bourbon cocktail, a cousin of the Negroni, and highlight your build for World Whisky Day.

The Kentucky Derby may be over but summer is just around the corner. People are still craving this centuries-old cocktail and VinePair called it “essential” last year.

Like many classics, the Sazerac was “medicinal” when it was first created in the 1830s. In 2008, this drink was made the official cocktail of New Orleans by the Louisiana state legislature.

The Sazerac is another cocktail recipe that VinePair said was an essential one for bars in 2021.

It’s difficult to overstate the important role New Orleans has played and continues to play in American cocktail culture.

Created by Sam Ross when he was behind the stick at Milk & Honey, this is my favorite whisky cocktail. The recipe was one of Punch’s most popular last year, and it was on Drinks International’s top 50 list for 2021.

These may not be top sellers for most bars (if any) but they’re worth consideration for World Whisky Day.

The Chauncey is a 1:1:1:1 combination of rye whisky, Cognac, gin, and sweet vermouth plus two dashes of orange bitters, served up.

Of course, there’s also the Mule, which lends itself to an incredible number of riffs. Select a whisky or two to come up with specialty Mules of your own.

Irish whisky stands out in an Irish coffee, which can be served iced/frozen when it’s hot outside.

And then we have the Rob Roy. If you want to be glib about it, this is a Manhattan made with Scotch rather than rye whisky.

There’s an excellent resource for determining what drinks to feature at your restaurant or bar. It’s quite literally at your fingertips: your POS.

If you want to know what your guests are drinking and what they want, run a report.

How deep you get into the data is up to you, of course. Monthly, quarterly, seasonally, annually… There are myriad methods to determine your World Whisky Day’s best options.

Sure, you can probably safely assume that your top whisky cocktails are the same as those above. But why not be absolutely certain with your own data? You invest money and time into your POS—wring everything you can out of it.

Also, your bar team and servers. Ask them what whiskies guests have been asking for that you don’t have.

Use your POS to identify the whiskies gathering dust in your stockroom, then find a way to move them quickly (a well-priced LTO should work) and replace them with what guests want. 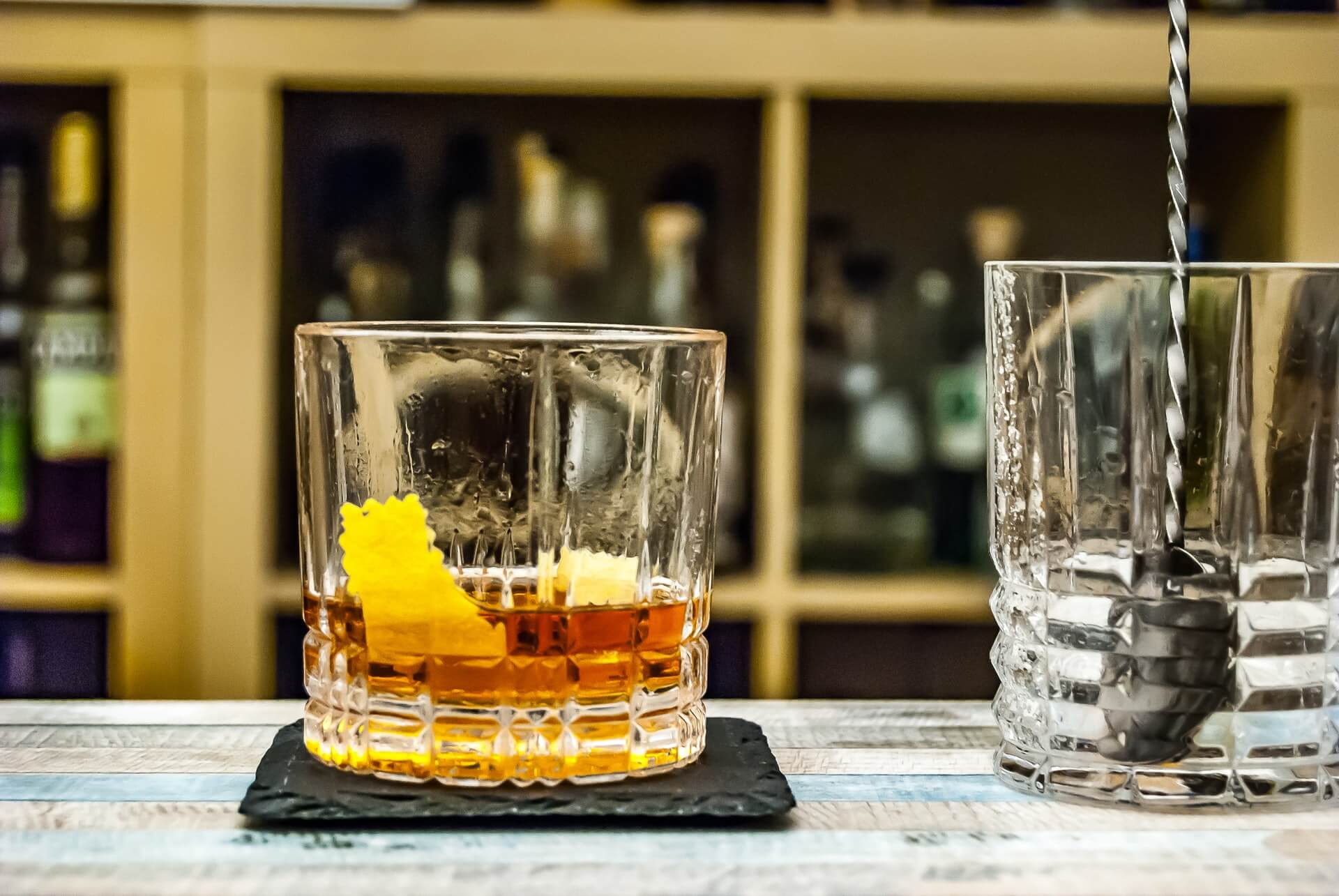 We’re taking a look at two cocktails that can trace their roots to America and Canada for this year’s National Cocktail Day.

Further, KRG Hospitality has a headquarters in each country. So, we’ll be focusing on the cocktails for which Canada and America are known.

Celebrate National Cocktail Day, March 24, with the recipes below. Cheers!

Let’s kick things off with Canada. There’s no cocktail with as close an association to the Great White North as the Caesar.

Consider this Letterkenny exchange as exhibit A:

Darryl: “I’d have a Bloody Caesar.”

Squirrely Dan: “I could have a Caesar if you guys are havin’ Caesars.”

Darryl: “Hard to see a Caesar and not want a Caesar.”

According to cocktail lore, the city of Calgary and province of Alberta get to call themselves the home of the Caesar.

As the story goes, Walter Chell invented the cocktail in 1969. Chell was a restaurant manager at the Calgary Inn, now a Westin property.

Oh, wait. There’s also Walter Winchell and the Smirnoff Smiler cocktail. Tracing mentions back to 1953, this drink is made with vodka, tomato juice, clam juice, and Worcestershire sauce.

Hang on… In 1959, Charles Addams—y’know, the creator of the Addams Family—said he created the Gravel Gertie in Manhattan, New York. This cocktail calls for vodka to be mixed with tomato juice, clam juice, and Tabasco sauce.

Well, Chell was onto something when he combined every ingredient in the Smiler and Gertie. To me, this an original that stands far above any perceived predecessors.

Chell also crafted the recipe using a “rule of four”:

Prepare a glass with a celery salt or salt and pepper rim. Add ice, then add the above ingredients. Top with Caesar mix (Clamato juice, these days), and garnish with a celery stock and lime.

Now, onward to America. So, we don’t have an official national cocktail here. Clearly, our neighbors to the north know how to have more fun.

We have a native spirit—bourbon—but that’s where it ends.

However, we do have New Orleans. And in New Orleans we have the birthplace of American hospitality.

We have something else in New Orleans. In 2008, the Louisiana state senate passed a bill that named an official cocktail for the city.

That cocktail? The Sazerac.

Are you beginning to see a pattern with cocktail history? It’s never clear, is it?

First, let’s address the original, assuming it’s America’s first (or at least oldest known) cocktail. From the 1850s to 1870s, it was made with Cognac. And not just any Cognac, Sazerac de Forge et Fils.

Depending on who you ask, either bar owner Aaron Bird or Antoine Amedie Peychaud invented the Sazerac. The cocktail recipe includes two dashes of Peychaud’s Bitters, so it’s easy to understand why some credit Peychaud with creating this drink.

Then, there’s the version that took off in the 1870s. Again, depending on the source, either American tastes changed or a phylloxera outbreak affected Cognac production. Perhaps both are true, converging to alter the Sazerac recipe.

Either way, rye whiskey replaced absinthe, and Herbsaint replaced the absinthe. Some bartenders also substitute bourbon for the rye.

Rinse a chilled glass with absinthe or Herbsaint, and add ice. In the mixing glass or second glass, add ice, two ounces of Cognac, rye whiskey or bourbon, a half-ounce of simply syrup, and three dashes of Peychaud’s Bitters. Stir until well chilled.

Before straining, discard the ice and any excess absinthe or Hersaint from the prepared glass. Now, strain into prepared glass, express a lemon peel, and use that peel as garnish.

Alternatively, you can split the base and do Cognac and rye or bourbon, paying homage to each version of the Sazerac.