Over the past several weeks, the people of Ukraine have shown the world their resilience, tenacity, and refusal to submit to Russia.

The sovereign European nation has endured attacks and atrocities that began on February 24 of this year. Nearly six weeks since the invasion, Ukraine has resisted and repelled the vaunted Russian military.

There’s no end in sight. The world is learning daily about the atrocities and possible war crimes being perpetrated in Ukraine.

Because of this, any good news coming from Ukraine is welcome.

Incredibly, Ukrainian distiller XDar Vodka is resuming production. The brand, whose name translates to “gift of grain,” is reopening their distillery.

Now, this is all no small feat: XDar Vodka’s distillery is in the Cherkassy region of Ukraine. So, when I say XDar Vodka is a Ukrainian product, I mean they distill their spirits in Ukraine.

This wheat vodka is made using the region’s artesian water. Impressively, the result is a clean vodka that scored 92 points in the 2016 Ultimate Spirits Challenge.

Further, XDar Vodka flies in the face of the “definition” of vodka. Supposedly, vodka is meant to be odorless, colorless, and flavorless. Not XDar.

And yes, XDar does have distribution in North America via Liquorum Imports, Inc. In addition, XDar can be purchased through Royal Wine Merchants.

Those who want to try XDar Vodka as well as support this tenacious Ukrainian brand can also place orders through Drizly.

2022 marks XDar’s 20th anniversary. Obviously, this is bittersweet for the brand and its 4,400 employees.

To that point, XDar stopped production when Russia attacked Ukraine. However, the distillery continued to pay its workers.

“The people at XDar are committed to their employees,” says Natalya Kolosok of Liquorum Imports, Inc. “They are some of the strongest people in the world.”

“The employees, while grateful for the assistance, don’t just want a check, they want purpose,” says Kolosok. “They want to work, which is why, as safely as possible, XDar opened up their facility to resume production.”

That’s resilience. That’s tenacity. And those characteristics exemplify the people of Ukraine. 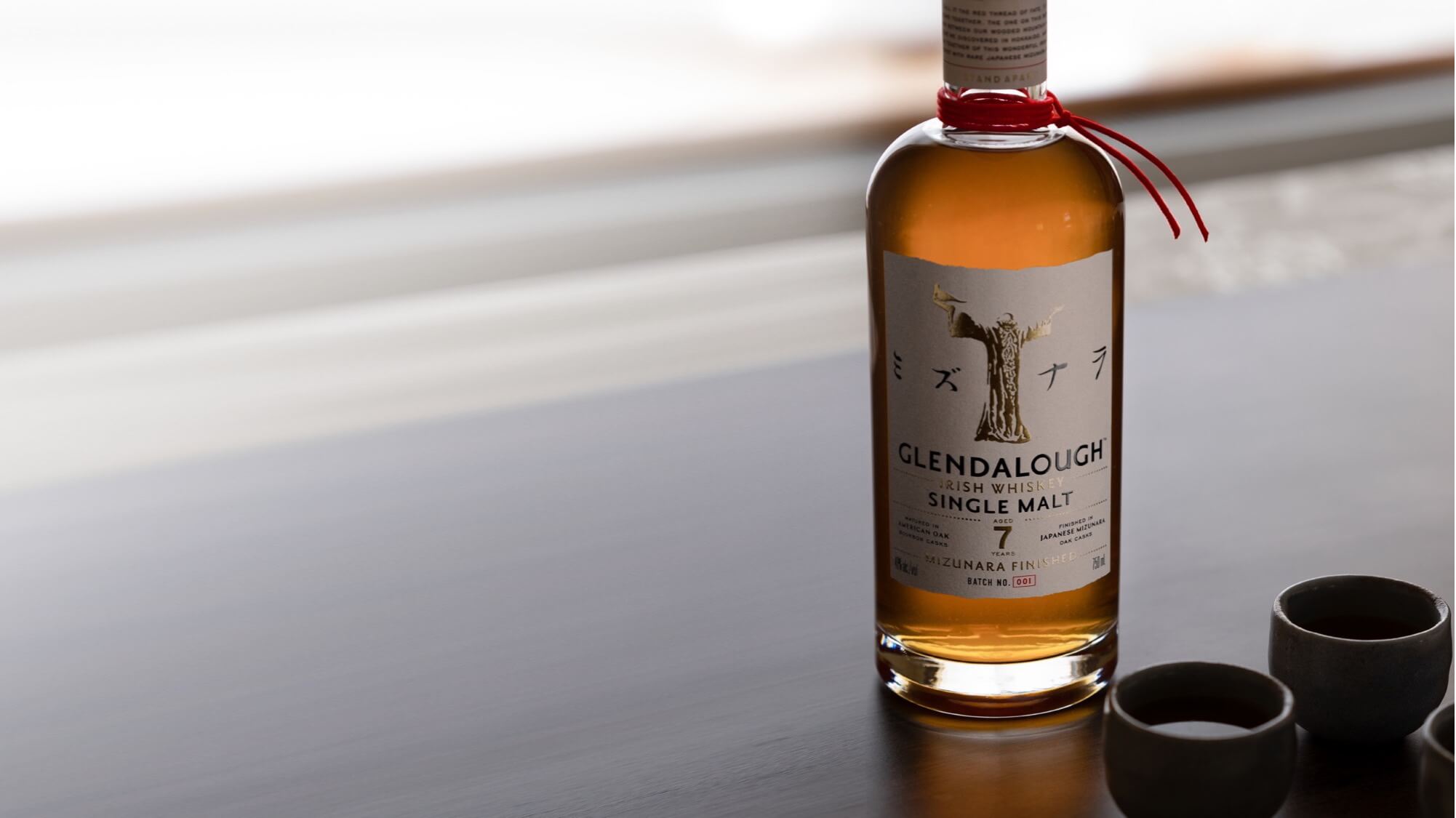 Glendalough Distillery’s five founders are on a mission to honor Ireland’s rich distilling history and heritage.

More accurately, Glendalough’s founders want to return Irish whiskey to its rightful, historic place. That place? Among the top whiskeys in the world.

On episode 71 of Bar Hacks, O’Gallachoir briefly but compellingly shares Irish whiskey’s story. As he tells it, it was once estimated Irish whiskey accounted for up to 90 percent of world whiskey consumption.

That’s easy to believe when you factor in how Irish whiskey production can be traced back to at least the sixth century. There’s also the fact that Irish distillers were crafting, as O’Gallachoir puts it, “a wealth of styles.”

Unfortunately, a terrible string of wars—literal and economic—all but eradicated Ireland’s distilleries. When I say eradicated, I mean that when Glendalough Distillery opened in 2011, it became the fourth or fifth distillery in the country.

So, it makes sense that consumers outside of Ireland think the country produces only one style of whiskey: Irish. Meaning, light-bodied, sweet, and meant to be thrown back as a shot.

O’Gallachoir is well aware of the compelling paradox of modern Irish distillation. If the blended style of Irish whiskey most people know today hadn’t kept the industry alive, Glendalough and its expressions may not exist today.

All Glendalough whiskeys are single malt and chill filtered. This stands in stark contrast to blended Irish whiskeys, the current dominant (modern) style.

Glendalough is, to oversimplify it, honoring centuries of Irish whiskey production. Single-malt Irish whiskey was what we would now label super- or ultra-premium. The difference between Irish and Scotch whiskey was the latter’s smoked, peated profile. The former was once preferred worldwide.

Glendalough is dedicated to crafting super-premium Irish whiskey. Doing so means they don’t make things easy on themselves. 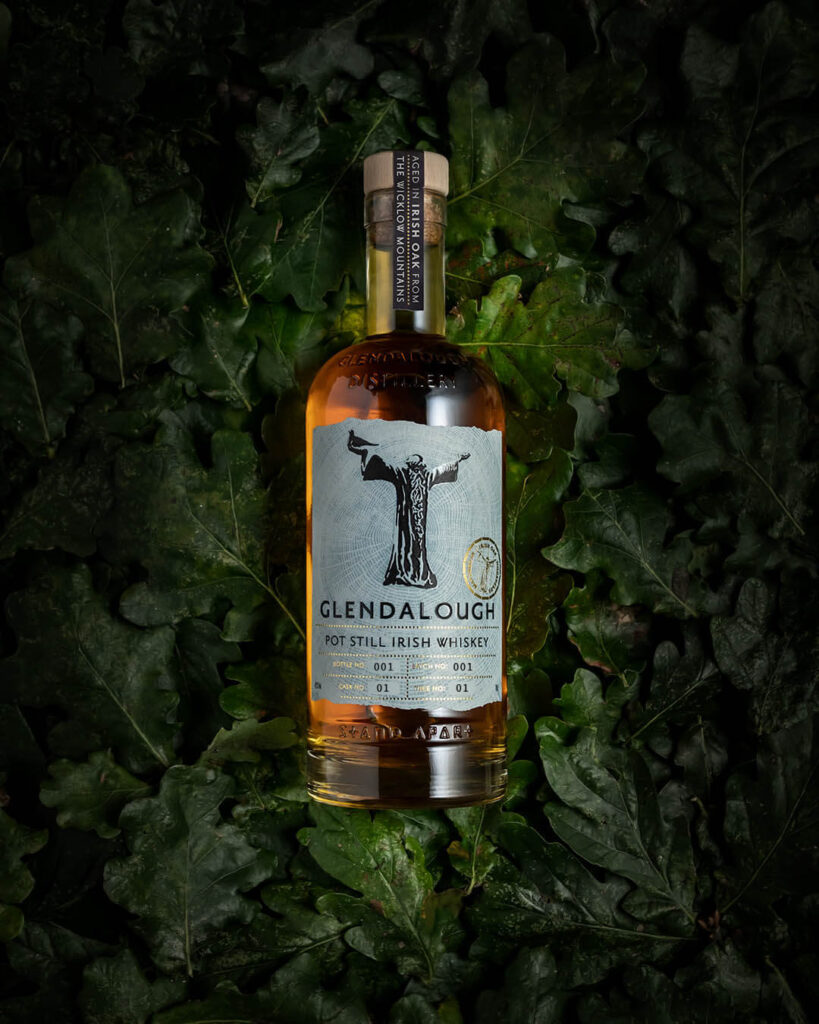 Of course, they also honor Irish distilling heritage through another expression: Glendalough Pot Still. To say no other style of whiskey embodies Irish production like pot still doesn’t do this distillation method justice.

In fact, Irish pot still whiskey is geographically protected; it can only be crafted in Ireland. However, when it comes to honoring Ireland, Pot Still doesn’t end there.

In other words, Pot Still is a super-premium taste of Ireland in a bottle.

And then there’s the distillery’s newest expression.

The Red String of Fate 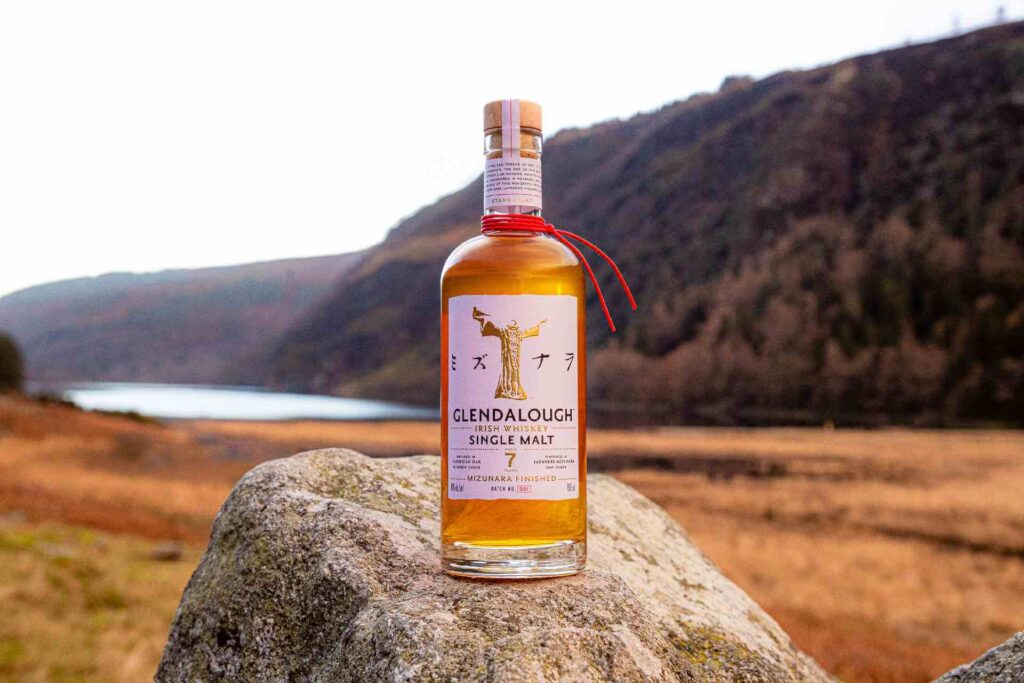 Whiskey aficionados will recognize mizunara instantly and begin scheming to add this bottle to their collections.

Mizunara, Japanese oak, is renowned for several reasons. The wood imparts incredible flavors unlike those from other barrels. But, like all things rare and magical, mizunara is also incredibly challenging.

The challenges begin with the trees themselves, which can take hundreds of years to grow fully. This oak doesn’t grow straight, so crafting even one stave can be difficult.

Then there’s the water content. Mizunara translates to “water oak,” and it’s not an ironic nickname. The water content of mizunara is sky high, and it’s also highly porous.

It takes fantastic skill and experience for coopers to craft mizunara barrels that don’t crack or leak. To learn more, please click here to hear O’Gallachoir tell the story of Glendalough traveling to Hokkaido in Japan to form a relationship with an independent cooperage to craft Mizunara Finish casks.

Incredibly, the latest Glendalough expression isn’t a limited-edition release. Rather, this joins the core lineup and will be released twice per year. Be on the lookout for batch 001.

It seems that Glendalough whiskey and mizunara barrel coopers were fated to find one another. In fact, the red thread on each bottle of Mizunara Finish pays homage to the Japanese legend of the red thread of fate.

An invisible red thread connects those who are destined to find one another. It grows shorter and shorter as their paths collide.

You may recall that I said Glendalough doesn’t make things easy on themselves. This is evidenced by their gin.

Unlike other distilleries, Glendalough started with whiskey distillation and later pursued gin production. 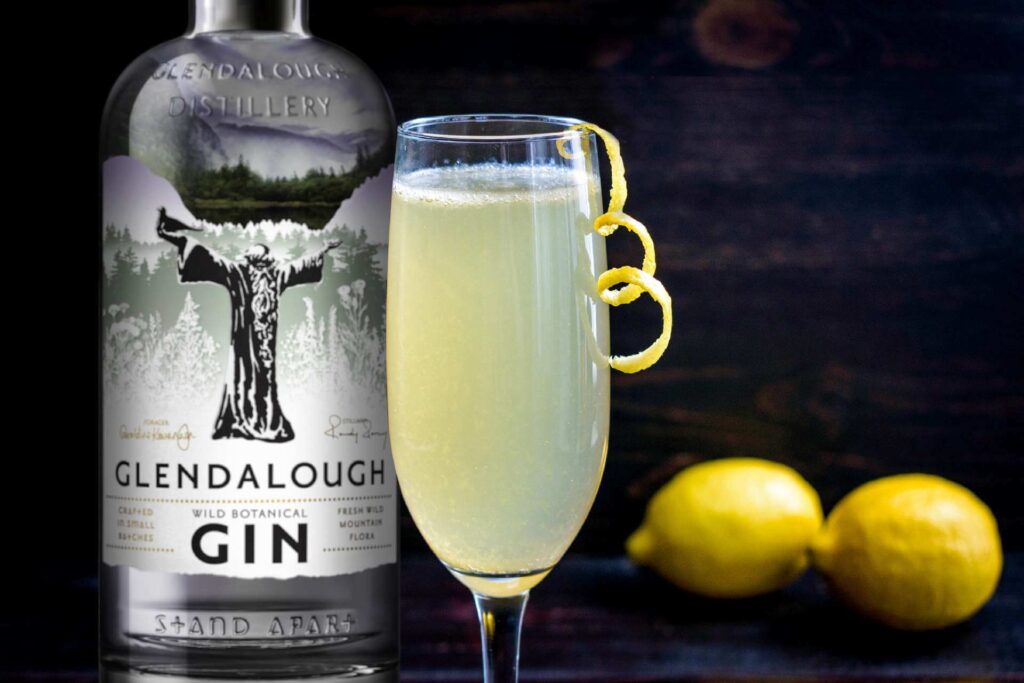 They also forage for the ingredients used to craft their Wild Gin. If it’s not within ten miles of the distillery and growing wild, it’s not in the bottle.

According to O’Gallachoir, it takes a year to produce one bottle of this gin. Rejecting easier methods of production like automation, each batch of Wild Gin is crafted by taste and aroma. 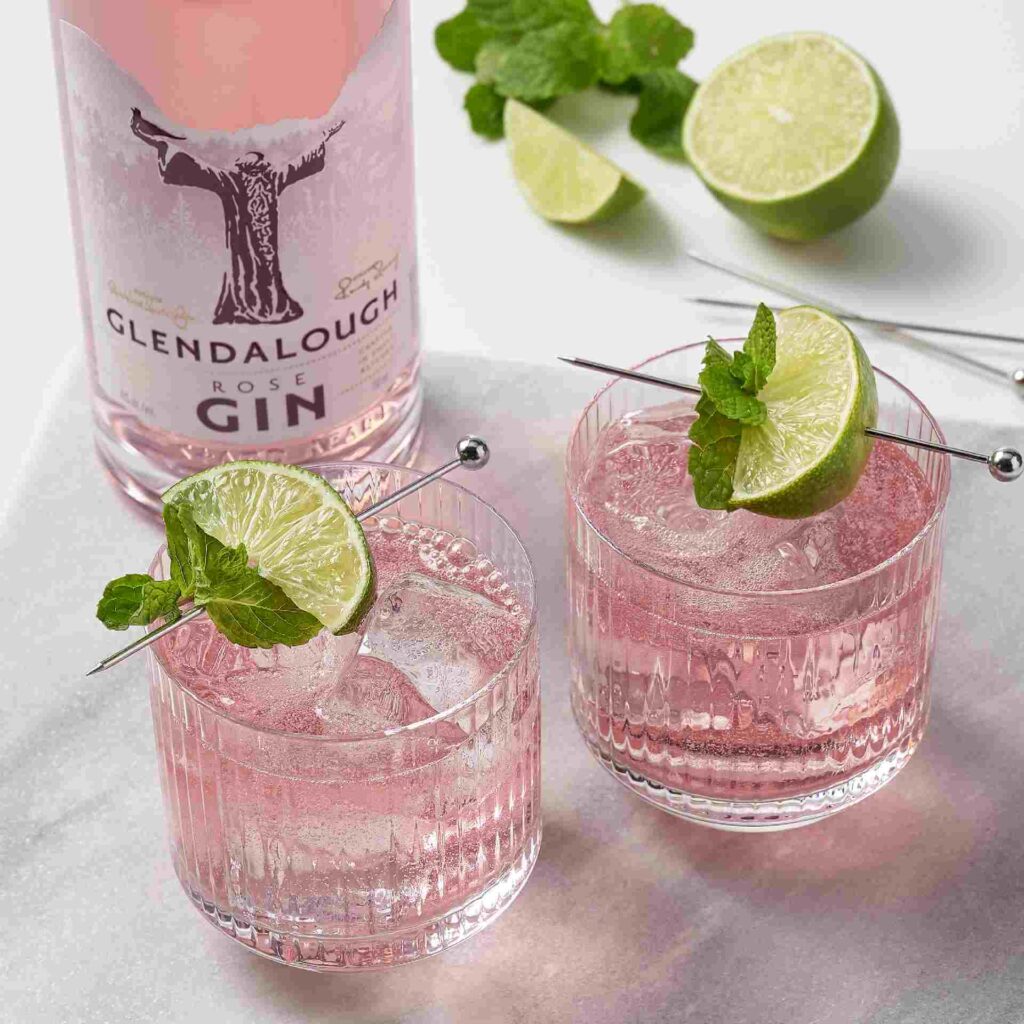 Then there’s the visually and aromatically impactful Rose Gin. Crafted to honor Glendalough’s head distiller’s mother Rose, this is a rose-petal gin.

Now, you may assume it’s like drinking a bottle of decades-old, overpowering, rose-scented perfume. However, O’Gallachoir assures me this is absolutely not the case.

Instead, this striking bottle is intensely floral but balanced, and undeniably unique. O’Gallachoir suggests trying it in a Bee’s Knees.

In just over a decade, Glendalough has elevated Irish craft spirits. There are more innovations to come and I can’t wait to try them.

To learn more about O’Gallachoir and Glendalough Distillery, please listen to episode 71 of the Bar Hacks podcast. 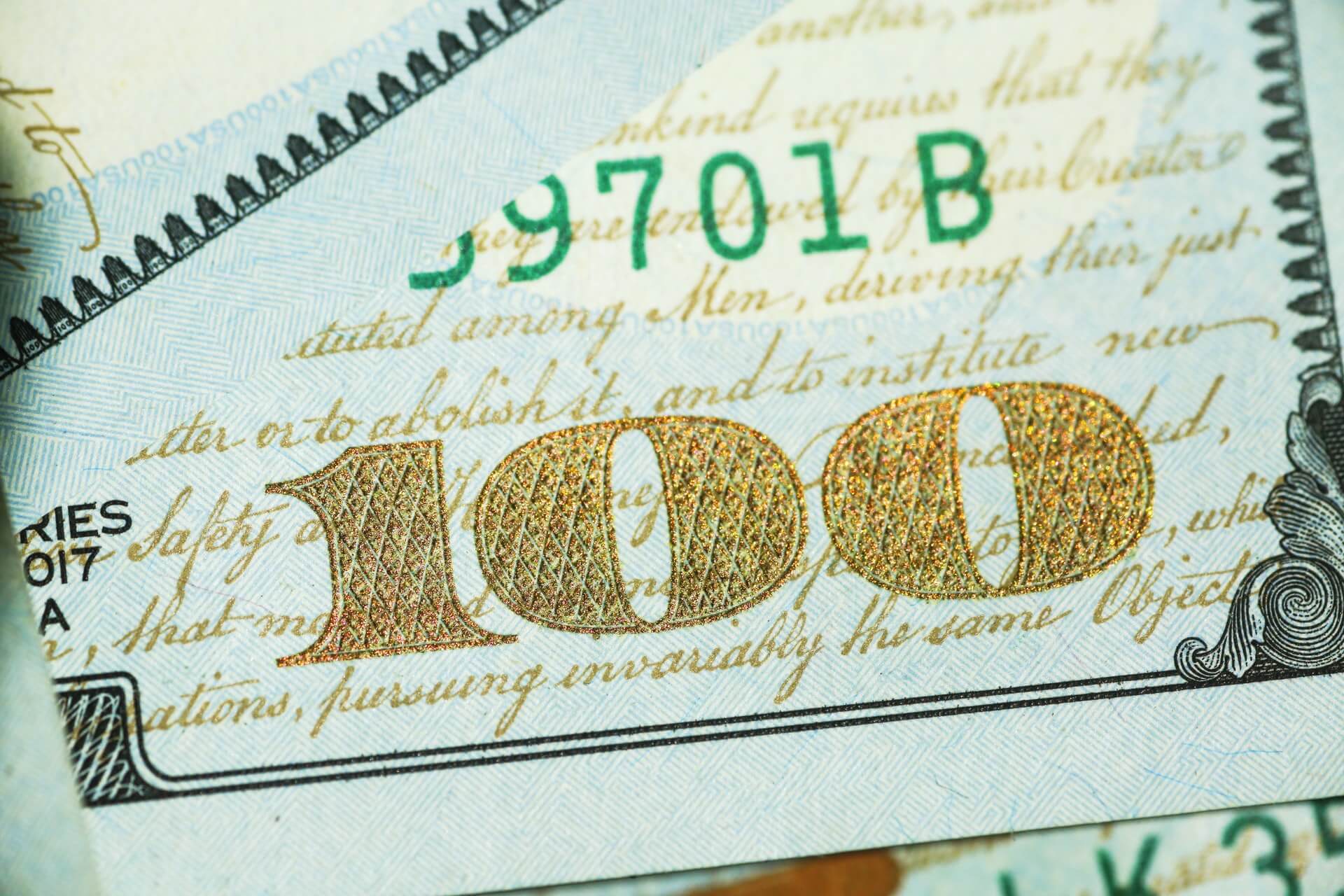 The Next Spirits Billionaire?

A recent deal involving a whiskey brand is set to help welcome another member to the exclusive Celebrity Spirits Billionaire’s Club.

Proximo Spirits and Proper No. Twelve Irish Whiskey will continue their relationship long-term after agreeing to a nine-figure deal.

The terms of the Proper-Proximo agreement are confidential. However, the consensus is that Proper No. Twelve is going to make MMA star Conor McGregor a billionaire.

One detail that isn’t exactly confidential is the overall value of the Proper-Proximo agreement.

McGregor and his business partners sold their majority stake in the popular Irish whiskey brand. It’s believed the deal is worth up to $600 million, or nearly €500 million.

However, how much of that $600 million is going to McGregor is unknown at this time.

To be clear, McGregor has a ways to go before he becomes a billionaire. Of course, he’s closer than most of us

Per reporting from The Irish Post, Proper No. Twelve is going to make McGregor the first billionaire Irish athlete.

“The terms of the agreement are confidential, however, the most important thing is Conor McGregor will remain a stakeholder of Proper No. Twelve, the brand that will make him a billionaire,” says Karen Kessler, a spokesperson for the former MMA champion.

It’s important to remember that Proper No. Twelve is just a few years old. That detail highlights the impressiveness of this deal.

“It is rare to see a celebrity impact a brand the way Conor McGregor has Proper No. Twelve Irish Whiskey, and I have not seen many brands in the spirits industry catapult to this level of success in such a short period of time,” says Keyes. “This agreement is a vote of confidence in the incredible potential of this brand and a testament to the incredible work of Conor, Audie, Ken and the Proper No. Twelve team, as well as the efforts of Proximo and its distributors, who have all made this success possible.”

Before proceeding, it must be mentioned that McGregor doesn’t consider himself a celebrity. According to him, “I’m not a celebrity. I break people’s faces for money and bounce.”

Regardless, the face-breaker money-maker is among an elite group of celebs with stakes in lucrative spirits brands.

We’re all well aware of George Clooney’s success with Casamigos, the brand he and his business partners sold for $700 million. There’s another $300 million in it for them if the brand hits performance goals over the next several years.

Diddy’s collaboration with Diageo, which includes CÎROC Vodka and DeLeón Tequila, is pumping up the artist and entrepreneur’s net worth. It seems quite likely that when he reaches billionaire status, it will be in no small part to the success of the Diageo brands.

Like McGregor, Ryan Reynolds got involved in spirits brand ownership in 2018. Retaining his ownership stake in Aviation Gin may catapult the actor, entrepreneur and social media slayer to billionaire status.

Jay Z is a wildly successful entrepreneur. In 2019, the empire he built made him a billionaire. Ace of Spades (Armand de Brignac) reportedly made Jay over $300 million midway through June 2019. D’USSE scored him an estimated $100 million. Jay Z launched luxury cannabis brand Monogram, sure to add much more to his net worth.

Why Should You Care?

Operators, their employees, and their friends and families continue to struggle in 2021. Our industry has fought endless battles. America’s operators just began the process of receiving specific relief yesterday.

So, it can be difficult to discuss the net worth of celebrities given what people are going through. The topic can come across as insensitive. That is by no means lost on me.

Were any of the brands in this post reliant solely on celebrity endorsement, I wouldn’t bother including them. The fact is, the success of these brands relies on consumer demand.

Celebrity endorsement only goes so far—if the product sucks, the shine will wear off and consumers will move on. And today’s consumer moves on quickly. There’s always something shinier, always a celebrity name with more gravitas.

Proper No. Twelve, Aviation, Casamigos, DeLeón, CÎROC, D’USSE, and Ace of Spades are past the honeymoon phase of brand adoption. Consumers have spoken, and these are among the brands they want and expect to see on menus. Your menus.

You certainly don’t need to stock these or any other celebrity brands. Just don’t be surprised if guests become frustrated if they can’t get them at your restaurant or bar.

That goes for any brand. Listen to your guests and what they’re asking for from you. Charge your front-of-house team with doing the same and encourage them to report back to you what they’re hearing from guests. One of the easiest ways to inspire repeat visits and refresh your menu is to simply listen.