In a glaring, neon sign of the times, Mardi Gras is built for socially distanced enjoyment this year.

This year, the parade “floats” will be stationary and the revelers will come to them.

Initially created as a grassroots campaign to raise money for artists who craft Mardi Gras parade floats, “Yardi” Gras just may become an annual tradition. In fact, it has been reported that artists have already been commissioned for Yardi Gras in 2022.

What is Yardi Gras??

It’s simple. Well, it’s simple to understand—designing and constructing a Mardi Gras float is a complex undertaking that takes about a year.

Anyway, Yardi Gras celebrates Mardi Gras by transforming buildings into stand-ins for their float counterparts. As you read this, there are hundreds of homes and businesses decorated to celebrate Carnival.

Given that the most common way to enjoy Yardi Gras is via driving tours, I can see this taking off in cities across the world…in conjunction with traditional Mardi Gras parades, of course. 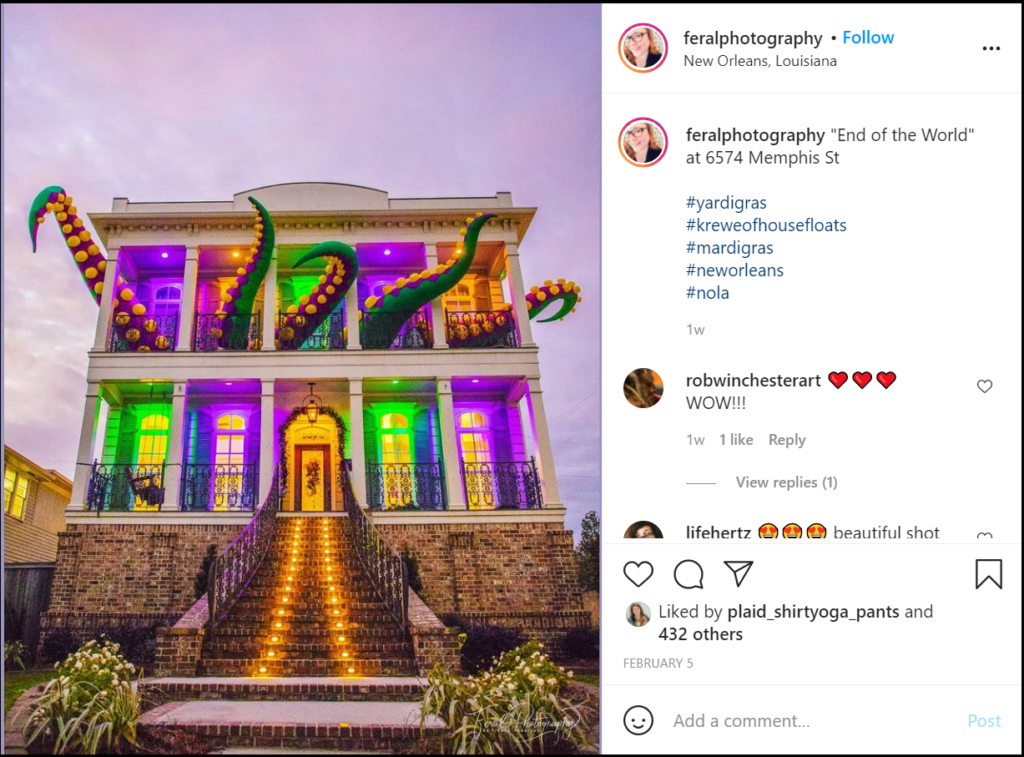 Alright, Who Did This?

The Krewe of Red Beans has been credited with kicking off what I hope becomes a tradition in NOLA (along with the return of floats, of course) and other cities. To raise funds for Mardi Gras artists and float builders who found themselves out of work when the city canceled parades.

A krewe, by the way, is a social group that organizes Carnival parades or balls.

Announced via press release another krewe, the Krewe of House Floats, also supported artists and the community: The Krewe of House Floats (KoHF) today announced a giving campaign to raise $100,000 for those affected by COVID-19 restrictions and Mardi Gras event cancellations, with Culture Aid NOLA and Grace at the Greenlight as the first partners for the initiative. The magic of Carnival, while often billed as the ‘Greatest Free Show on Earth,’ isn’t possible without float artisans, service industry workers, musicians, Mardi Gras Indians and other culture bearers.” 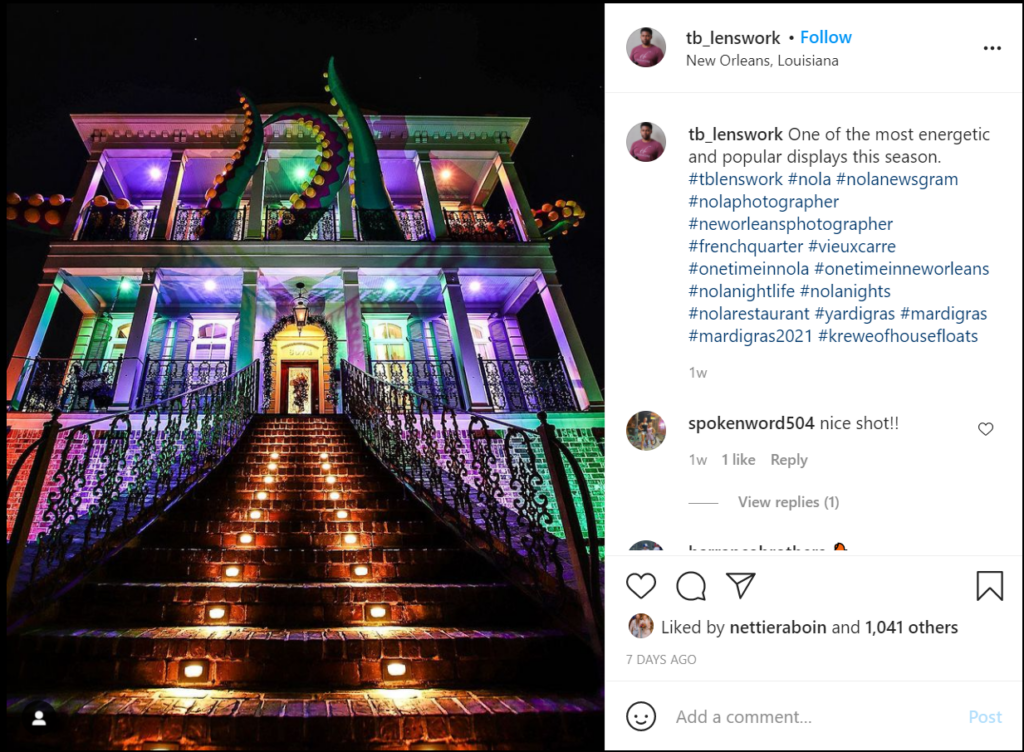 Why Am I So into this Idea?

In its 164-year history, Mardi Gras has only been canceled 14 times. Mardi Gras is most closely associated with New Orleans, a city that should hold a place a reverence in the hearts of all hospitality workers.

Las Vegas, New York City, Chicago, San Francisco, and Orlando come to most people’s minds when they think of US cities known for hospitality. However, New Orleans deserves a top ranking on any hospitality list.

New Orleans has nurtured the careers of several notable chefs, bartenders and operators:

That’s just a tiny handful of culinary and cocktail influencers with ties to New Orleans.

NOLA is the home of several classic cocktails, including:

Next time you serve or enjoy one of these classics, toast New Orleans.

We hope you have a great Mardi Gras or Yardi Gras!